Majority of his whole life, Oliver has been a “Bile Bear.” A Bile Bear is a bear in captive that is farmed for extracting their bile for herbal remedy purposes. This is a common thing that is happening in China right now and Animal Asia is working towards being stopped. Animal Asia has successfully saved many bears from these farms and are working for this industry to come to a finish.

“Bile is a digestive juice produced by the liver and stored in the gall bladder and has historically been used as an ingredient in traditional Chinese medicine. Bear bile contains ursodeoxycholic acid (UDCA), which is believed to reduce fever, protect the liver, improve eyesight, break down gallstones, and act as an anti-inflammatory. In recent years, there has been a dramatic growth in the production of bear bile products, which has spawned a market for a whole new range of items far removed from the formulations of traditional Chinese medicine. Today, bile is used as an ingredient in shampoo, wine, eye drops and all manner of pre-prepared ointments. In 1999, bottles of bear bile wine were even handed out as gifts for passengers on internal flights. Bear bile can cost up to 4,000 yuan (USD 295) per kg in China, so no wonder the life of a bear means nothing. “ 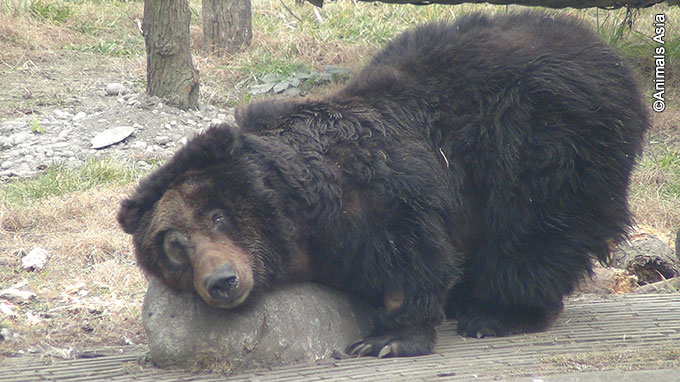 One thought on “Oliver the Broken Bear”